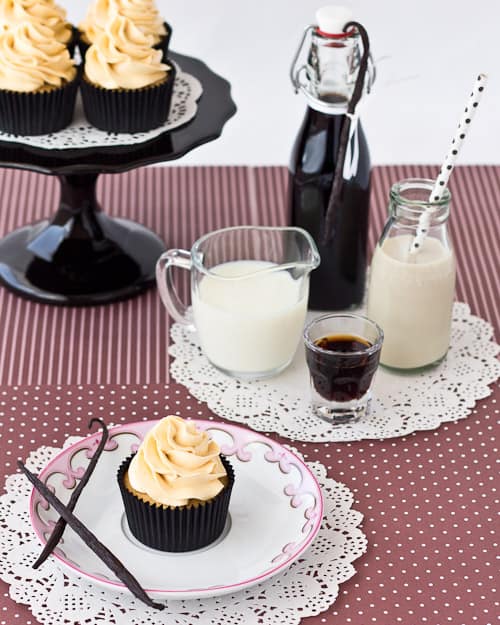 I like to think of myself as being in the business of making people happy. Except, I’m not actually in business. Or if I am, it must be some kind of volunteer gig, coz I am so not making any money from it. I get paid in happy. Which is enough for me, really. Although happy doesn’t buy shoes… And I do love shoes.

Where was I? Oh yes…

My best friend in the whole world happens to quite like vanilla Kahlua. Then one day she couldn’t find it any more. My Dad hunted for it at duty-free on his way back from Oz, but no cigar. Actually I don’t know if they had cigars, I don’t smoke. But they definitely had no vanilla Kahlua.

Then one night as we were texting in the middle of the night (what’s worse than one insomniac? Er, two), Katie said to me “surely we could make it ourselves somehow?”

Well duh, didn’t I feel like an idiot. I’ve got three bottles of vodka in the cupboard, stuffed with vanilla beans to make vanilla extract, don’t I? Why on earth didn’t it occur to me to put some beans in Kahlua? A quick Google the following day told me that a million other people have done it. Or was it a million and one? Google isn’t always exact.

So off I went to put some Kahlua in a little bottle with a few scraped vanilla beans stuffed into it, and a slug of vanilla extract for good measure. 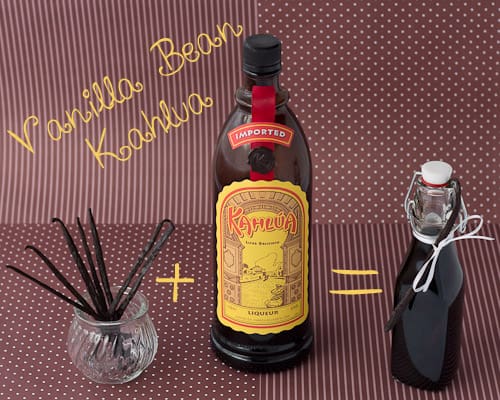 I am not a patient person. It could be weeks til the Kahlua is vanilla-y enough. So while we wait, I figured, why not make vanilla bean Kahlua cupcakes? 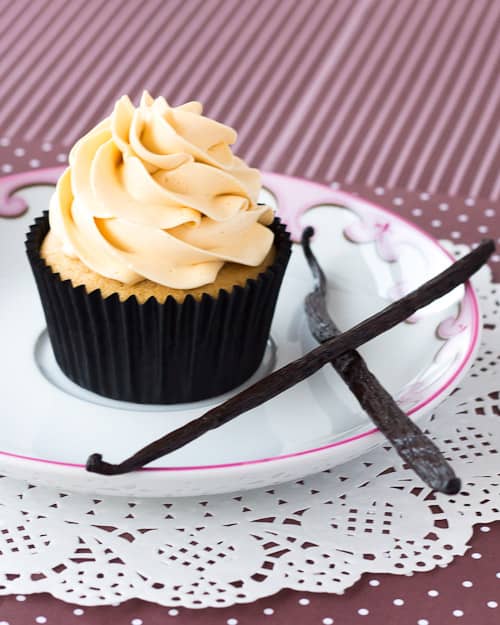 I didn’t want to go full-on coffee, since Katie isn’t a coffee drinker, so instead of making coffee flavoured cupcakes, I went with a vanilla cupcake with some of the regular sugar replaced with brown sugar to make them a little richer, and topped them with Kahlua and vanilla laced French buttercream.

As a regular Italian buttercream maker, I’ve been wanting to try French buttercream for a while, and when opportunity comes knocking, I invite her inside and put her on a cupcake. The buttercream recipe is from BraveTart, and with 15 egg yolks makes a huge amount of buttercream, way more than you will need for these cupcakes. I did 2/3 of the recipe and still had some left over to put in the freezer, so you could probably halve the full recipe if you prefer not to have leftovers. I don’t mind having lots of egg whites left over, I’ll use them for a batch of Italian meringue buttercream, or if I’m in the mood to feel like a terrible baker, I’ll make another batch of only semi-successful macarons. (I swear I’m not getting any better at those little buggers.) In fact, after making this buttercream I was glad to have egg whites leftover for a change instead of egg yolks that sit in the fridge for a week before being thrown out. I know what I’ll be doing with my spare yolks from now on.

If you’re not keen on making French buttercream, you could just add some extra vanilla and the Kahlua to your favourite buttercream recipe. And if you’re making them in hot weather, I would suggest an Italian meringue or American-style icing sugar buttercream as the French turned out to be a little droopy and soft in the warm weather we’ve been having.

I removed about 1/3 of the buttercream to leave plain (so I could ice some cupcakes with alcohol-less buttercream for my best girl – Katie’s seven year-old daughter) and added about 4-5 tablespoons of Kahlua to the remaining buttercream. I’ll admit, I lost count.

The Kahlua sugar syrup is optional, but helps keep the cupcakes moist. And that’s never a bad thing.

I delivered the cupcakes to Katie and her family, and the verdict? Well, let’s just say there were a few expletives used, so I won’t repeat it here. But trust me, they were positive expletives. When I asked them if there was anything I needed to change before I shared the recipe, Katie’s fiance’s reply was “make them somehow make me lose weight by eating them”.

Unfortunately, I’m in the business of making people happy, not skinny… 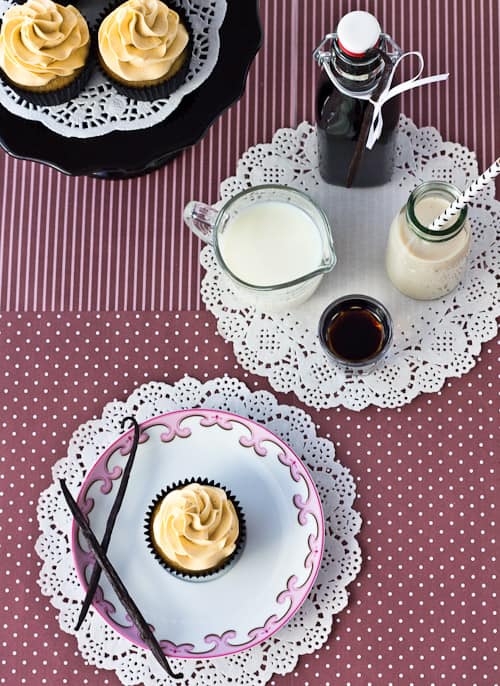 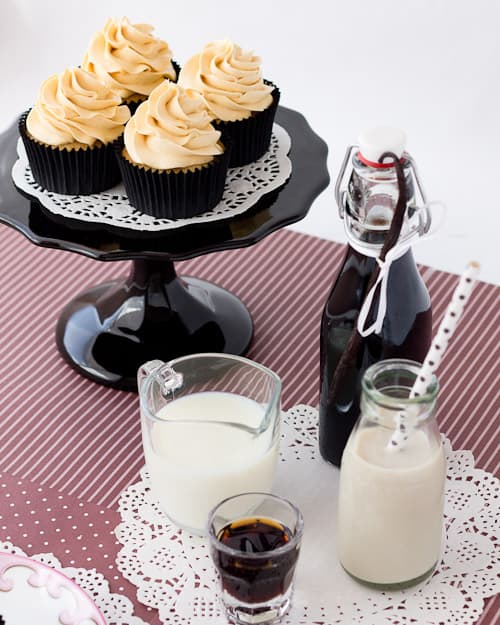 For the brown sugar vanilla cupcakes:

*Gluten free flour- I use my favourite gluten free baking flour blend. If you don't need the cupcakes to be gluten free, simply use regular all purpose flour and omit the Xanthan gum.
Enjoyed this recipe?Tag @sweetness.and.bite on Instagram, and hashtag #sweetnessandbite so we can see it! ❤ 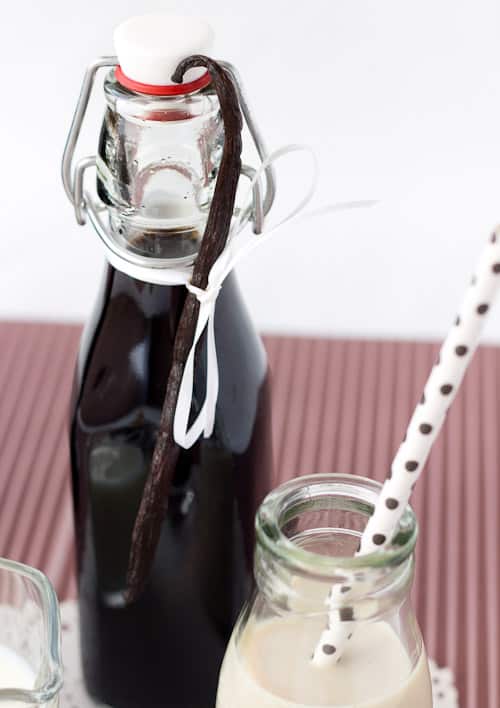